The weather outside was frightful, which fit right in with the spooky atmosphere that often surrounds Halloween.

Students and staff did not let the dreary weather on Oct. 31 interfere with their holiday fun. 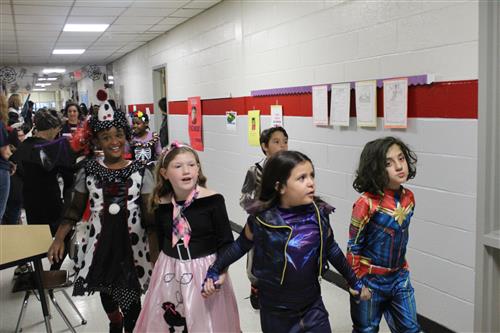 In the morning, students at the Carl L. Dixson Primary School enjoyed the school’s annual Pumpkin Patch. Each student was given a small pumpkin and had the fun of decorating it. There were stickers and markers available to adorn their gourd with whatever creative designs they could imagine.

The students were assisted by friends from Alexander Hamilton High School’s Interact Club, an affiliate of the Rotary Club for teenagers. The students are often involved in community service projects and on this day were helping the district’s youngest students with their pumpkins.

“I don’t care what the reason, if people need us, we are there,” Lisa Watson, AHHS Library Media Specialist said of the Interact Club members.

The weather continued to worsen throughout the day, however, did not dampen the “spirits” of students at the Alice E. Grady Elementary School.

While they could not hold their Halloween Parade outside as they usually do, they simply took their parade through the hallways of their school. 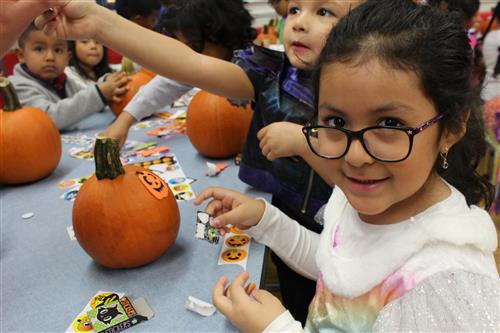 With a flourish from the drums, the Grady band, led by band leader Nikolaus Campbell, stepped off in the sixth grade wing marching to the “Star Wars Theme.” As they passed by each classroom, students, many of them in costumes, fell in line behind them.

After marching through the halls, the entire school assembled in the gym where many parents gathered to see all the hoopla.

Click here to see photos of all the Halloween happenings!